Preparing for the Advent of Solar Roadways 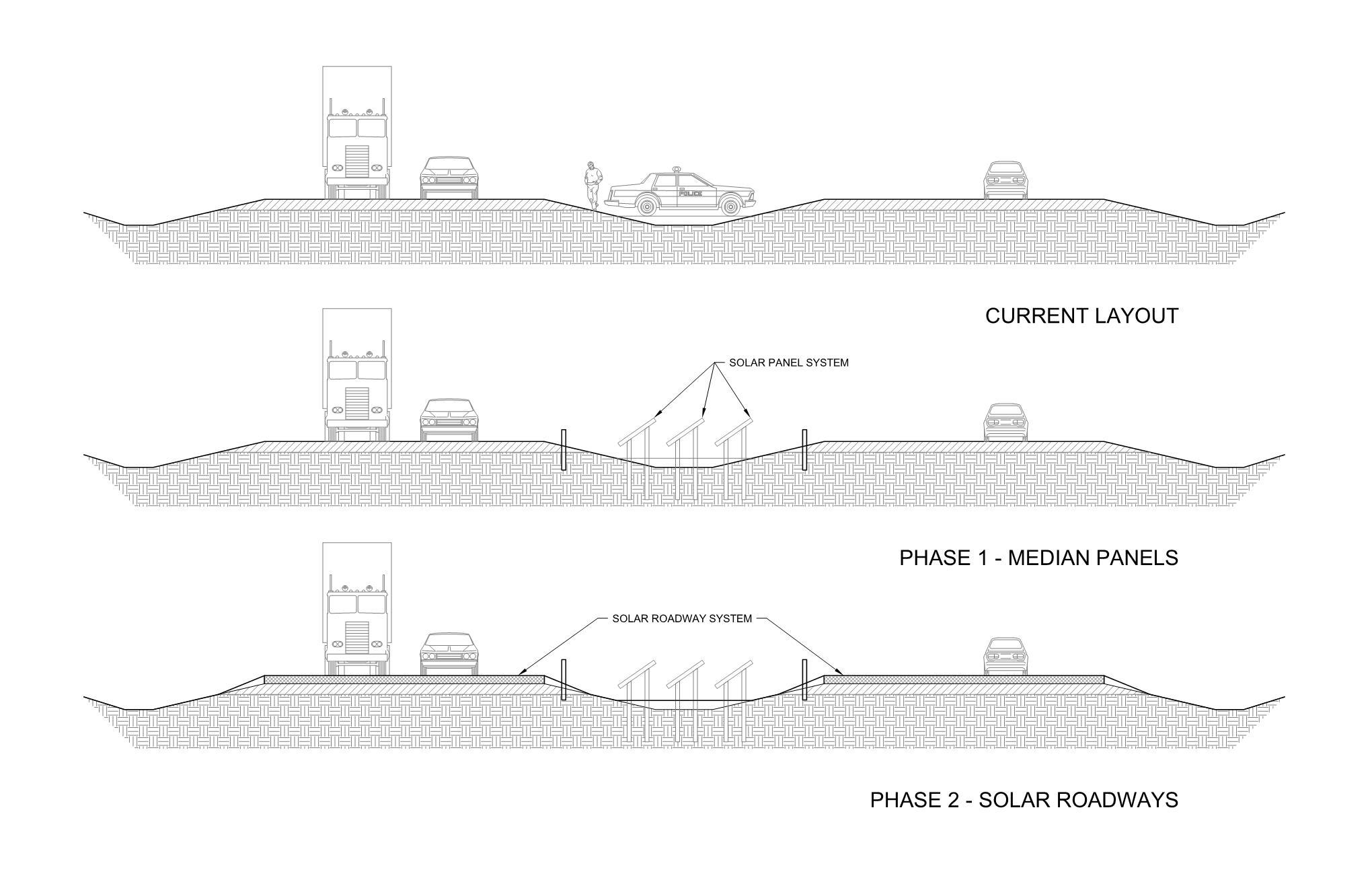 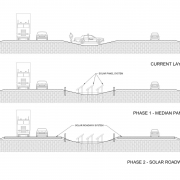 With Solar Roadways currently being developed I suggest that we proactively put supporting infrastructure in place by adding solar panels in the median of divided interstate highways. Long East-West stretches between major metropolitan areas would be ideal for several reasons:

We could also explore combining the system with small wind turbines to collect the car-created wind or rainwater collection.

Thank you for your attention!