Wildlife-friendly road idea. Instead of building wildlife bridges and miles of fence with mixed success of guiding animals to the bridge, just put the whole road up in the air. Build the highways cutting through areas trafficked by wildlife as bridges. 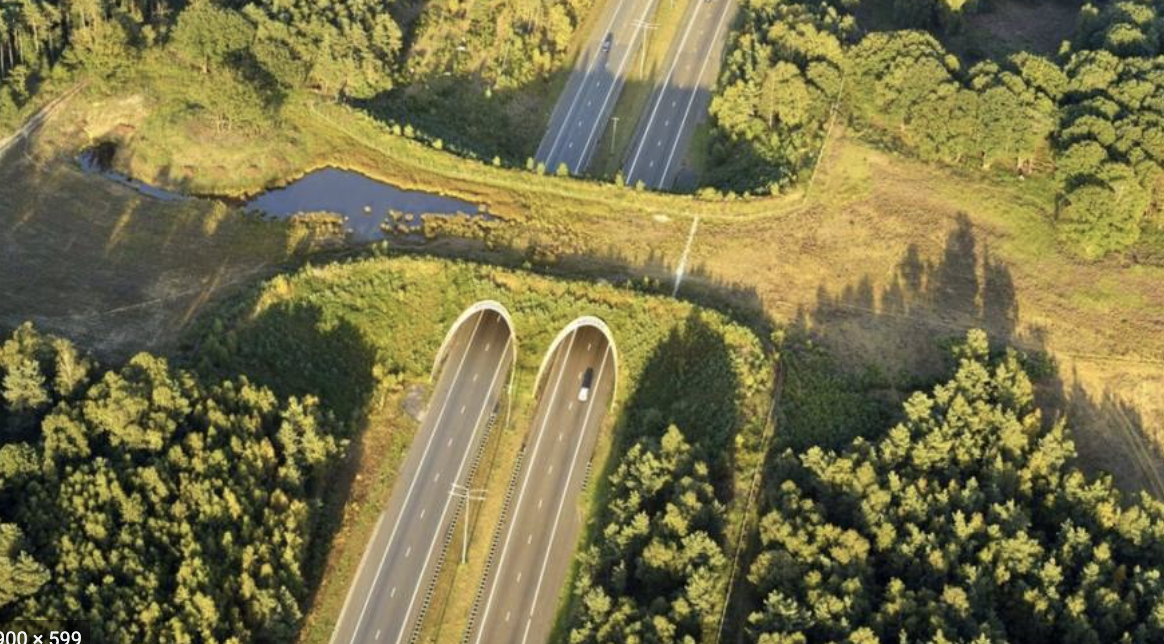 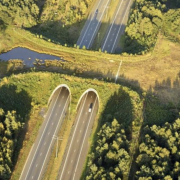 “Nationwide, about 26,000 people are injured by wildlife-vehicle collisions every year, costing Americans more than $8 billion in vehicle repair, medical costs, towing, and other expenses. To cite just one statistic: The average cost of a vehicle colliding with a moose exceeds $44,000 in 2018 dollars. As for the wildlife, 1 million to 2 million deer, elk, and other large animals die every year after being struck by a car or truck.”

Wildlife bridges can pay for themselves just in vehicle damage costs. “In 2012, the Wyoming Department of Transportation built two wildlife bridges and six underpasses (at Trappers Point), and within three years, wildlife-vehicle collisions dropped 81 percent overall, and collisions with pronghorn were eliminated. As John Eddins, then the department’s district engineer, noted, ‘These types of projects are expensive, but when you are saving $500,000 each year in vehicle crash costs and wildlife mortality costs, the project pays for itself in about 20 years.’” 1

A similar project in Arizona required a few adjustments to make the wildlife bridge effective, but eventually it too proved economic. 2

But converting any one project to an actual highway bridge might be tough to justify on vehicle damage alone. Partnerships between government agencies and wildlife foundations might get the job done. License plate camera tolls would help with little variable cost. Viewing turnouts on the bridge could become attractions, building tourist traffic and justifying the camera toll.